How Breastfeeding Benefits a Mother and Child?

Mother’s milk is the best source of nutrition for a newly born baby, and therefore breastfeeding is a natural activity after delivery. Unfortunately, today, there are lots of women who think that feeding their newly born babies will spoil their looks and therefore they feed their child with the packed milk available in the market. If you also think like this then you are making a big mistake. There are lots of benefits related to.

Some of the benefits are breastfeeding are

During the first few days after pregnancy, the milk developed in breasts is thick and yellowish. This milk is known as colostrum. Colostrum is the best source of protein and other nutritional elements. It contains low sugar. Colostrum helps in boosting the immature digestive system of a baby.

After a few days, the breast starts developing milk in a good quantity according to the hunger of a child. The only drawback of mother’s milk is that it doesn’t contain vitamin D, which is good for the growth of bones.

Helps In Promoting the Weight of a Baby

Breastfeeding a baby strictly for the first six months helps in promoting a healthy weight and controls the chances of obesity and overweight. This is mainly due to gut bacteria. The presence of gut bacteria helps in controlling the excess of fat in the body.

Similarly, babies feeding milk from breasts have an abundance of leptin in their bodies. The presence of leptin hormone in the bodies of babies is good for regulating appetite and controlling the emergence of fat.

An interesting fact associated with breastfeeding is that it develops good eating habits in babies. The babies feeding milk from the breast develop the habit of self-regulating the intake of milk and eating according to their hunger.

The Milk from Breast In Good Source of Antibodies

Breast milk is a good source of antibodies that let your child fight against bacteria and viruses, which may attack them at an early age. The colostrum contains a substantial amount of immunoglobulin A and other types of antibodies. Immunoglobulin develops a layer of protection on the nose, throat, and digestive system of a baby. The packed milk doesn’t contain any type of antibodies.

It is one of the myths due to which nowadays lots of first-time mother’s try to avoid feeding milk to their babies. It is only a myth. Breastfeeding helps in burning calories after three months of regular lactating.

Lowers the Risk of Depression

Breastfeeding Protects You From Different Diseases 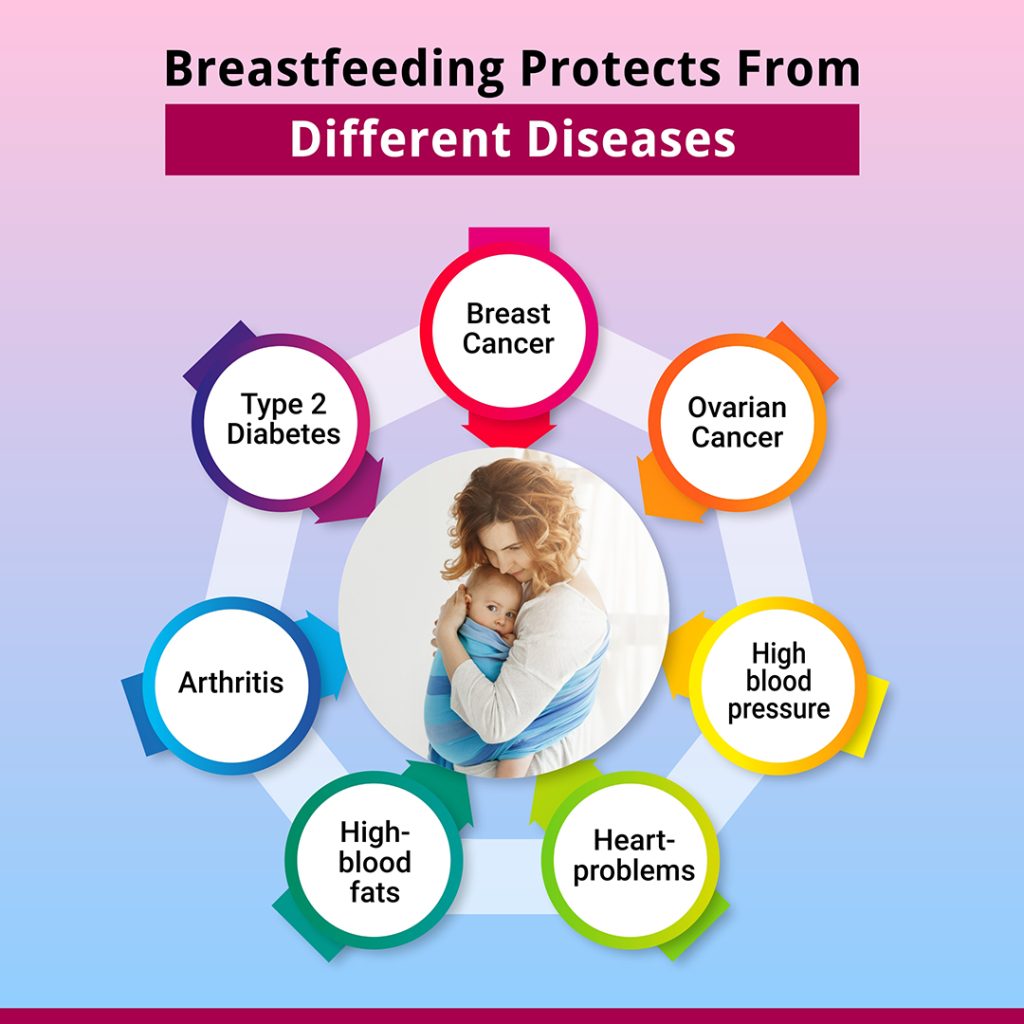 Breastfeeding offers lots of health benefits to both mother and a child, and therefore strictly recommends mothers to feed their children from the breast. Breast milk has an abundance of antibodies and other nutritional elements that protect your child from different types of health problems and boost play an important role in his physical growth.

This site uses User Verification plugin to reduce spam. See how your comment data is processed.

Please purchase or renew your subscription to post a new article.